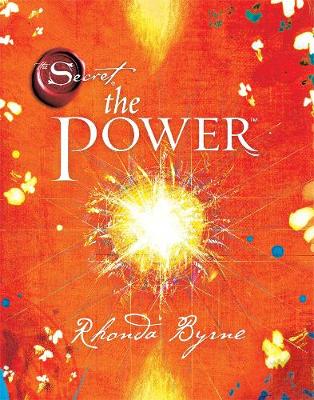 In The Power the world is a recognisable place: there's a rich Nigerian kid who lounges around the family pool; a foster girl whose religious parents hide their true nature; a local American politician; a tough London girl from a tricky family. But something vital has changed, causing their lives to converge with devastating effect. Teenage girls now have immense physical power - they can cause agonising pain and even death. And, with this small twist of nature, the world changes utterly.This extraordinary novel by Naomi Alderman, a Sunday Times Young Writer of the Year and Granta Best of British writer, is not only a gripping story of how the world would change if power was in the hands of women but also exposes, with breath-taking daring, our contemporary world.

This is the handbook to the greatest power in the Universe, The Power to have anything you want. Without The Power, you would not have been born. Without The Power, there wouldn't be a single human being on the planet. Every discovery, invention, and human creation comes from The Power.

Perfect health, incredible relationships, a career you love,a life filled with happiness, and the money you need to be, do, and have everything you want, all come from The Power.

The life of your dreams has always been closer to you than you realised, because The Power - to have everything good in your life - is inside you. To create anything, to change anything, all it takes is just one thing...The Power

Naomi Alderman (born 1974 in London) is a British author and novelist.

Alderman was educated at South Hampstead High School and Lincoln College, Oxford where she read Philosophy, Politics and Economics. She then went on to study creative writing at the University of East Anglia before becoming a novelist.
She was the lead writer for Perplex City, an Alternate reality game, at Mind Candy from 2004 through June, 2007.[1]
Her father is Geoffrey Alderman, an academic who has spe...
[Read more about Naomi Alderman]


Search for another book