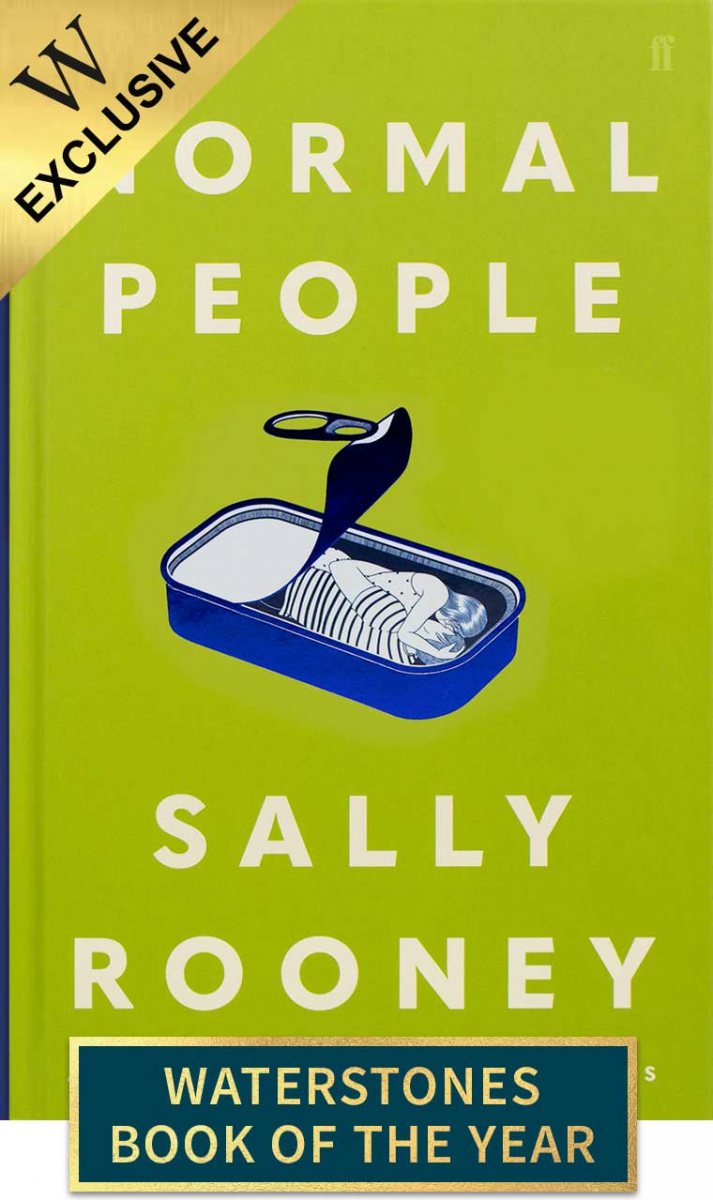 At school Connell and Marianne pretend not to know each other. He’s popular and well-adjusted, star of the school soccer team while she is lonely, proud, and intensely private. But when Connell comes to pick his mother up from her housekeeping job at Marianne’s house, a strange and indelible connection grows between the two teenagers—one they are determined to conceal.A year later, they’re both studying at Trinity College in Dublin. Marianne has found her feet in a new social world while Connell hangs at the sidelines, shy and uncertain. Throughout their years in college, Marianne and Connell circle one another, straying toward other people and possibilities but always magnetically, irresistibly drawn back together. Then, as she veers into self-destruction and he begins to search for meaning elsewhere, each must confront how far they are willing to go to save the other.Sally Rooney brings her brilliant psychological acuity and perfectly spare prose to a story that explores the subtleties of class, the electricity of first love, and the complex entanglements of family and friendship.

Exclusive Edition - printed on board with foiled detail on the jacket, redesigned endpapers a ribbon marker and top and tail bands.

Winner of the Costa Novel Award 2018

Longlisted for the Man Booker Prize 2018.

Longlisted for the Dylan Thomas Prize 2019

Longlisted for the Women's Prize for Fiction 2019

Chosen as one of our Waterstones’ Best Books to Look Out for in September.

Marianne is the young, affluent, intellectual wallflower; Connell is the boy everyone likes, shadowed by his family’s reputation and poverty. Unlikely friends, and later lovers, their small town beginnings in rural Ireland are swiftly eclipsed by the heady worlds of student Dublin. Gradually their intense, mismatched love becomes a battleground of power, class, and the falsehoods they choose to believe.

Normal People is a tale of deceptive simplicity, a very accessible narrative of two seemingly mismatched young people who share a profound, inescapable understanding. Beyond that however is something properly universal, a study of how one person can forever shape and impact another. Marianne and Connell emerge almost shockingly real and deeply vulnerable in their different ways.

Following her incandescent debut Conversations with Friends, Sally Rooney has quickly evolved into perhaps the most nuanced contemporary observer we have. Brimming with longing, regret and intimacy, Normal People is everything we keep saying as a culture we need from our fiction. It is a story that is absolutely universal to us all, and it is brilliant.

"Normal People is fiction at its brightest and most inclusive in a universally relatable modern romance which has been a favourite amongst our booksellers and customers. Clever yet unpretentious, literary yet highly approachable, it is that rare gift of a novel which can be enjoyed by readers of all tastes." – Bea Carvalho, Waterstones Fiction Buyer

Sally Rooney was born in 1991 and lives in Dublin, where she graduated from Trinity College. Her work has appeared in Granta, The Dublin Review, The White Review, The Stinging Fly, and the Winter Pages anthology....
[Read more about Sally Rooney]