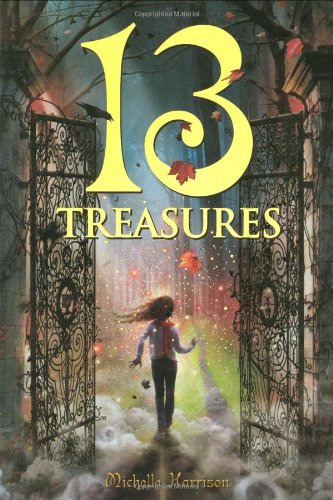 Published by: Little Brown and Company

No one else can see the evil fairies that rouse Tanya from her sleep, torturing her at the slightest mention of their existence, but they are as real to the 13-year-old as anything she's ever known. She cannot rid herself of them, nor can she ignore them. But it is her insistence on responding to them that has her banished to her grandmother's secluded countryside manor.

There is much to explore and even more to fear in the woods surrounding the estate. But, the forest isn't the only source of dark secrets, and Tanya soon finds herself entangled in a mystery that could trap her in the fairy realm forever.

My first children's novel, THE 13 TREASURES, won the Waterstone's Children's Book Prize and has been sold for translation in 17 countries worldwide. It's followed by two sequels: THE 13 CURSES and THE 13 SECRETS, and a prequel, ONE WISH.

I've also written UNREST, a ghost story for young adult readers. My most recent novel is THE OTHER ALICE, which won the Calderdale Book of the Year Award 2016. My next novel, A PINCH OF MAGIC, is for middle grade readers (9-12) and due to publish Febr...
[Read more about Michelle Harrison]