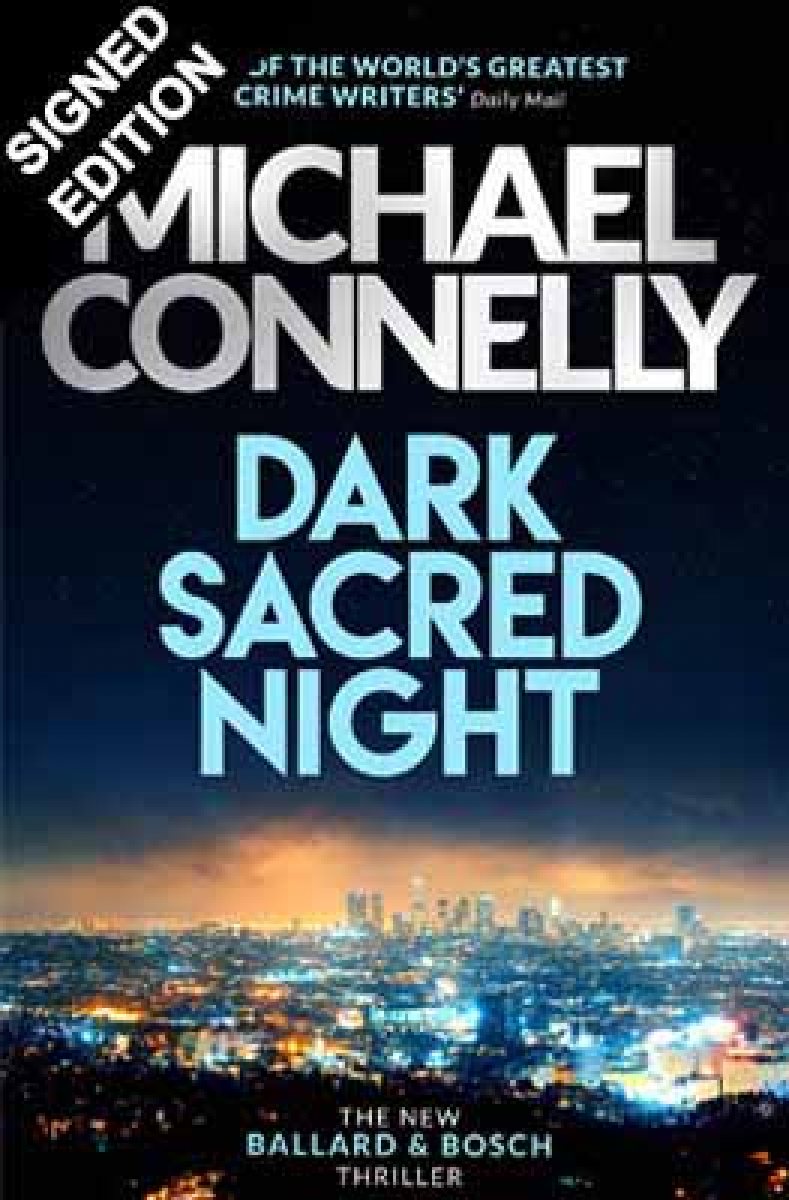 LAPD Detective Renée Ballard teams up with Harry Bosch in the new thriller from #1 NYT bestselling author Michael Connelly.Renée Ballard is working the night beat again, and returns to Hollywood Station in the early hours only to find a stranger rifling through old file cabinets. The intruder is retired detective Harry Bosch, working a cold case that has gotten under his skin. Ballard kicks him out, but then checks into the case herself and it brings a deep tug of empathy and anger.Bosch is investigating the death of fifteen-year-old Daisy Clayton, a runaway on the streets of Hollywood who was brutally murdered and her body left in a dumpster like so much trash. Now, Ballard joins forces with Bosch to find out what happened to Daisy and finally bring her killer to justice.

In a thrilling new partnership, Dark Sacred Night picks up the story of detective Harry Bosch in the first novel in a new series, pairing Bosch’s talents with that of Renee Ballard, who made her entrance in the Ballard series-opener The Late Show.

At the end of a long, dark night Detectives Renee Ballard and Harry Bosch cross paths for the very first time.

Detective Renee Ballard is working the graveyard shift again, and returns to Hollywood Station in the early hours only to find that an older man has snuck in and is rifling through old file cabinets. The intruder is none other than legendary LAPD detective Hieronymus ‘Harry’ Bosch, working a cold case that has crept under his skin.

Unimpressed, Ballard kicks him out, but eventually Bosch persuades her to help and she reluctantly relents. Because Bosch is on the trail of a cold-case which refuses to stay buried; investigating the death of fifteen-year-old Daisy Clayton, a runaway who was brutally murdered. It’s a case that haunts Bosch - who crossed paths with Daisy’s devastated mother on a previous case. As Bosch and Ballard are drawn deeper into the mystery of her murder, they find there are more surprises awaiting them in the darkness.

Librarian Note: There is more than one author in the Goodreads' database with this name. See this thread for more information.

Michael Connelly decided to become a writer after discovering the books of Raymond Chandler while attending the University of Florida. Once he decided on this direction he chose a major in journalism and a minor in creative writing — a curriculum in which one of his teachers was novelist Harry Crews.

After graduating in 1980, Connelly worked at n...
[Read more about Michael Connelly]


Search for another book